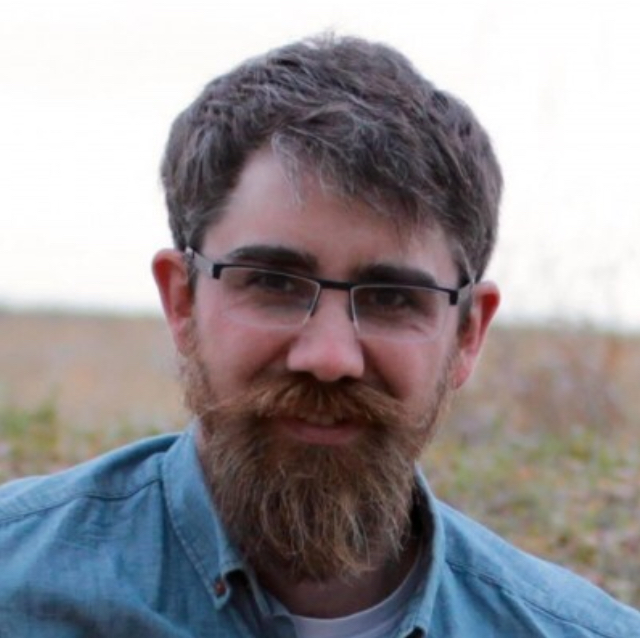 Every once in a while, it’s important to pause and remember how you managed to get to where you are. This year marks my 10th year as a web developer. Granted, the Luke of 2009 wouldn’t have been so bold as to claim the title, but that’s the difference a decade makes! The past ten years have been marked by timely conversations and significant leaps forward that make it possible for me to do what I do today.

I remember sitting in my high school telecommunications class in 1999, learning the very most basic computer skills, whispering furtively and somewhat frantically to my friend David, “Could you show me how to copy and paste a file again? How did you get that onto your floppy disk?” Later that same year, I created my first-ever web page — an experience punctuated by mind-blowing discoveries every few weeks, such as the time I discovered how to export a Microsoft Paint file as a GIF, or learning how to embed an image on a web page.

In those days, I spent hours every week copying the source code of familiar websites to my computer, and deleting chunks of code until I could isolate features I wanted to understand. Throughout high school, I created a smattering of nonsensical websites on those old free-hosting servers like Tripod and AngelFire — just to practice, just to experience the elation of turning “nothing” into “something.”

In my freshman year of college, I got a very-part-time job converting the school's website from static HTML to XML. The work itself was dreary and repetitive, but it was nonetheless fascinating to learn a new system of syntax. That same year, I was given the task of building the college's youth conference website, and had one of those stereotypical movie-like experiences of holding up in a small work room late into the night, surrounded by screens and half-eaten pizza.

At the end of my college years, my school was in need of a webmaster. The current webmaster had moved away and was working remotely just a few hours per week. I was completely unqualified to take on an enterprise-level web service. I had no real experience, aside from my silly side projects. I had no idea what "server-side" meant, or how to interact with a database. But because they were desperate, and because I was willing to give it a shot, they gave the job to me.

I threw myself into Classic ASP and SQL, and considered it a good day if I didn’t cause the website to crash. Just a year into the job, our office was tasked with launching a new website for the school. As the school's only web programmer, I wrote nearly every line of code for that new website. An immense challenge to say the least, especially since it involved convincing legacy SQL and Classic ASP systems to talk to ASP.NET and XSLT scripts! I remember frightening my coworkers when I pounced victoriously from my chair when the connection finally succeeded!

During my webmaster years, I got to know Owen Smart (of Websmart) who engaged me in hours of conversation about relational databasing, dynamic website configuration, and the might and power of server-side code. In a span of mere months, I felt like I had received years' worth of understanding. Many of the principles Owen taught me still shape my work every day.

When I took the plunge into self-employment a few years later, it was Owen once again who offered further invaluable guidance from his 20+ years of running his own web development company. Now it was conversations about chasing leads and handling client issues and thinking through business models and securing passive income.

In those nascent days, I also benefited from the wisdom of Tony Creech, who helped me to formulate ways to speak about what I do, and to grow a vocabulary for marketing and a posture for client interaction. Tony's voice is often in my head whenever I pick up the phone or set about writing.

Starting a new business is a fragile, shaky thing to do. It’s hard to cold-start momentum, hard to know where to start gathering leads. Simply “declaring” you’re in business can seem almost as flimsy as Michael Scott’s bankruptcy declaration. I will be forever grateful for the people who gave me a chance in my earliest days of running a business. My Bishop's office invited me to propose a new website for the diocese, which became the first large-scale website I had developed as an independent contractor. And my local recreation board allowed me to flex my database muscles in the creation of a fairly complex online registration system. It was energizing and confidence-instilling to have such organizations receive and accept work I proposed, especially as I was still finding my feet in the web industry.

Around the same time, I was also in the running to create a new website for the Diocese of Calgary. I was up against some major Calgary-based web agencies. While I didn’t win the project in the end, it was exciting and heartening to have been considered a serious contender, even amongst much bigger players.

For some years after that, I enjoyed the challenge of custom development, experimenting with various ways of setting up website systems. When I had taken on a rather large project requiring a high level of complexity for online registration and payment one year, I initially felt a bit overwhelmed and looked around to see if an existing product might assist me. One of the best things I did back then was to buy a license for Perch Runway, a website management system aimed at developers. I didn’t end up using Perch for my project, but I learned innumerable lessons in system architecture and data structuring just by looking through the code and database that run Perch Runway. My study of Perch led me into new ways of thinking about system authoring, and brought stronger order and consistency to the systems I was building.

A little more recently, only a few years ago now, I had the chance to reconnect with Heather Tjeerdsma. Heather had been the departing webmaster at my college, and one of the first people to show me the ropes of web system management. Now several years later, she was stepping away from freelancing and asked me to take over one of the systems she had built, mentioning that it would bring her peace of mind to leave it in the hands of someone she trusts. I’m grateful in all sorts of ways for this. My business instantly grew, having taken on several new clients all at once, and I was in for the biggest code-learning explosion I had experienced since learning to copy-and-paste. Heather had been constructing systems with object-oriented programming for a long time — something I had just started to look into. It took me a while to unpack everything she had created. But once I got the hang of it, I was elated at the thought of what I could create now. It was like I had been living in a one-room house this whole time, unaware of whole rooms and wings that were yet unexplored. The understanding I gained from Heather has led to the development of Awardify, ParishOS, Dash (a system for custom websites), and other forthcoming web apps nearly ready for market.

Ten years in a single word

To put the past ten years into a single word, I’d have to settle on “Gratitude.” Ten years ago I could never have imagined that I would spend my days in the intermingled fun-and-frustration of coding, building things that help people do what they do.

I’m grateful for all the learning. If 2009-Luke saw the code I write these days, he’d probably start crying and give up.

I’m grateful to have such a lightweight, flexible line of work. I work from home most of the time and get to be part of my kids’ day. And when I need to be mobile, my whole business can fit in a backpack, since all I really need is a laptop, a phone, and a decent internet connection.

I’m grateful for the community that develops over the course of a decade. It’s encouraging to be connected to many people who have been in the industry years or decades longer than myself. And it’s rather fun to get to turn around and welcome newcomers into the fray. Just yesterday I got to sit with a young couple who are just now forging their own agency.

And I’m grateful for the people I get to serve. Sometimes when working with a new client, I have the particular delight of being completely knowledgeless about their industry or organization. The world gets bigger whenever you take the time to ask questions that illumine a new part of the map. I’ve recently come to know a lot about home builders’ associations. And just this year, I got to dive into the respective industries of re-insurance and geophysics.

Ten years puts a lot of road behind a person. It’s worthwhile to look back and remember how you got here. What about you?